Guterres aims to forestall a new nuclear arms race and get the big powers back into negotiations after two decades of stalemate, according to a Geneva-based expert familiar with the plans, who requested anonymity.

The expert said Guterres also wants to end “state-led paralysis” in talks on cyberwarfare and robotics by getting the private sector involved, and to start talks on use of explosives in urban areas and curbing access to conventional weapons, the biggest killer.

Chances of success are uncertain at best. But with nuclear tensions rising, Guterres may be uniquely placed to oil the wheels of negotiations given a 2009 U.N. Security Council pledge to “create the conditions for a world without nuclear weapons”.

“If Guterres is clever he can use that to say: ‘Okay what have you done in the past 10 years?’” said Marc Finaud, an expert at the Geneva Centre for Security Policy.

But a U.S. official, speaking on condition of anonymity, told Reuters that nuclear disarmament was an “aspirational goal” only, and it was hard to conceive of it in the near term.

“We don’t believe that it’s time for bold initiatives, particularly in the area of nuclear weapons,” the official said, adding Guterres should also tread carefully in new technologies such as killer robots, known as “autonomous” weapons.

“I worry that the Secretary-General may be trying to treat the symptoms and not the root causes of why countries arm and rearm.”

The U.S. official said the problem was political will and the fact Russia – with whom tensions have risen over issues ranging from Russian involvement in Ukraine’s conflict to alleged Russian interference in the 2016 U.S. election campaign – was not a willing or trusted negotiating partner. “We have to let them (Russia) know that we are dealing with them from a position of strength. Over the last eight years there’s been a perception of weakness. We want to disabuse them of that notion.”

Guterres’ strategy, to be spearheaded by his disarmament chief Izumi Nakamitsu, seeks to revive talks across the spectrum despite deepening U.S.-Russian mistrust and heightened tensions on the divided Korean peninsula.

“The path to peace through disarmament does not lie waiting for the right security situation to materialize, while countries increase their military budgets and stockpiles year after year,” she said in a speech last October.

“We should not shy away from bolder thinking.”

The U.S. official said the negotiating forum was “littered” with stalled initiatives aiming to think outside the box.

Nakamitsu is expected to invite key officials, including diplomats from the United Nations’ five veto-wielding powers, including Washington and Moscow, to a retreat near New York later this month for discussions.

Guterres hopes to unveil his initiative in Geneva at the end of February, when foreign ministers, including Sergei Lavrov of Russia, are expected at the U.N. Human Rights Council and the Conference on Disarmament, before a full launch in April.

Richard Lennane, head of the non-profit Geneva Disarmament Platform, said it was the right time for what appeared to be an unprecedented and ambitious move, and encouraging that Guterres was launching it early in his tenure.

“The tensions between Donald Trump and the North Korean leader have frightened a lot of people, and for the first time in a long time people have realized that there’s an imminent prospect of a nuclear war starting. So I think that is fertile ground to try an initiative like this,” he said. 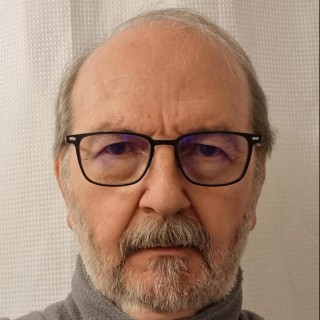